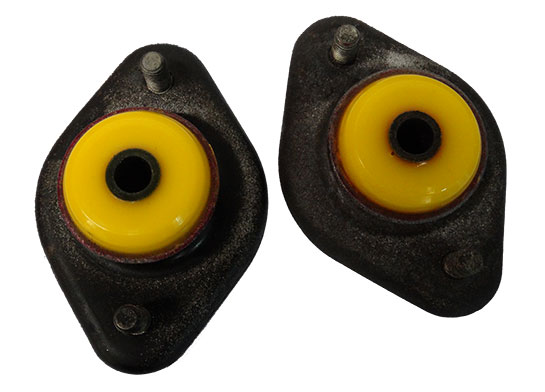 Polyurethane bushes are used for high performance vehicles absorbing forces in demanding environments such as motorsport.

We can offer high performance custom moulded polyurethane bushes and other parts for road or rally cars. We have built a reputation over the last 30 years of producing parts that outlast the original parts by many times over. We work closely with different one make race series around the country and we normally work with the series organiser who acts as an agent, giving all the competitors access to the same high performance parts at a better cost than individually selling to each competitor.

We also undertake one off and specialised moulding when original parts are not viable.